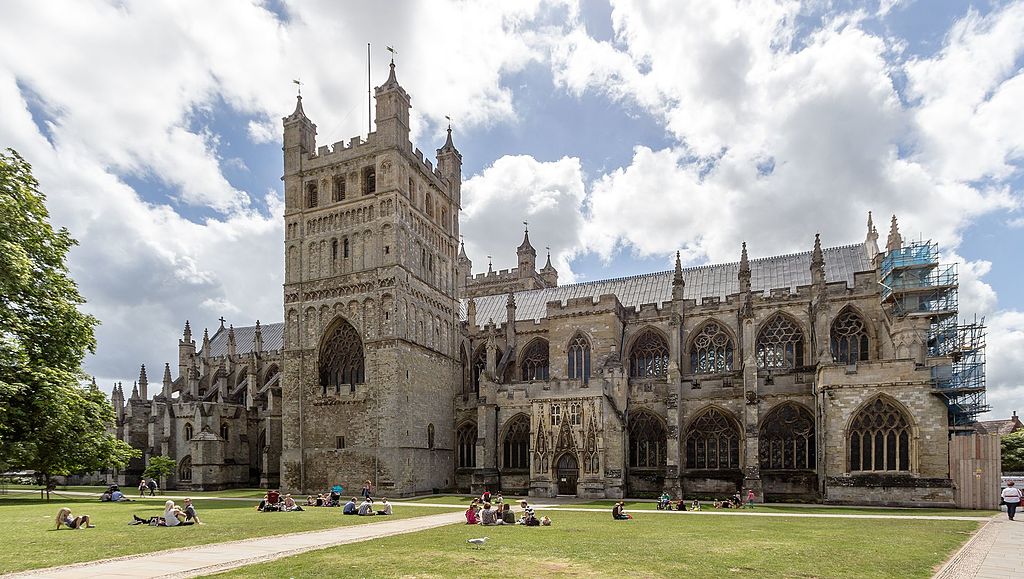 A Visitor's Guide To Exeter Cathedral

The buzzing and vibrant capital of the south-west county of Devon, Exeter is home to a number of attractions and sights.

One of the most elegant and magnificent of those is the cathedral at the heart of the city that really can’t be missed if you’re visiting the area.

In this article, we’ll be focusing on the cathedral and looking at some of the most interesting assets of the architectural masterpiece.

The cathedral would also be the perfect location for a wedding, with its grand scale. Make sure you check out Langstone Cliff if you’re looking for wedding hotels in Exeter as we’re just down the road!

The Highlights Of Exeter Cathedral

Exeter Cathedral really has to be seen to be appreciated, so these are our tips on what to look out for during your visit.

Noted as being one of the great architectural features of medieval England, the image screen was added to the cathedral in approximately 1340 which marked the completion of the rebuilding of the cathedral in the dominant Gothic style.

To the right of the great west door, located behind the screen is the burial chapel of John Grandisson, who was Bishop of Exeter for more than 40 years and died in 1369.

The screen is beautifully detailed and decorated and is dominated by three rows of statues. In the upper row, you can see a representation of God, alongside the apostles, the Evangelists and the Old Testament Prophets.

Dating back more than 500 years, the large dial of the Exeter astronomical clock represents a model of the solar system, as it was understood during the time of its creation.

The black disc that is located on the outside of the clock represents the sun, which completes a full circumference of the clock once every 24 hours.

There is a small ball that is located within the smaller circle which represents the moon, with one-half of its surface black and one-half silver.

Gorgeous in design and grand in size, the throne is described as one of the greatest treasures of medieval woodwork in Europe.

Constructed in the 1300s, the throne was made using local Devon oak and stands at a whopping 18m tall.

The throne has sat many Bishops and on occasion, a future king of England. An example of this would be when Prince William of Orange entered Exeter in November 1688 after landing in Brixham. He went to the Cathedral and where he occupied the Bishop’s throne while his declaration of peaceful intent was read.

Within two months of this happening, William and his wife Mary declared joint rulers as King William III and Queen Mary II.

Additionally, with a stroke of great foresight, the throne was carefully dismantled and removed from the cathedral during World War II. During the conflict, the Cathedral was struck by a bomb which damaged an area just feet from the original site of the throne. Had it not been moved, it could have been damaged and potentially destroyed.

The Rondels were unveiled at Exeter cathedral in July of 1989.

Taking many years and thousands of hours to complete, the rondels combine the beautiful artistry of leading embroidery design expert Marjorie Dyer and more than seventy volunteers from the Cathedral’s own company of tapisers.

The rondels are a series of embroidered cushions that measure more than seventy metres long, which line the sides of the nave in the Cathedral. This length means that they are longer than the famed tapestry at Bayeux and are truly stunning in their design.

The design details a chronological story of national, local and church history, this features every monarch along with every Dean and Bishop of Exeter up until the point of completion. The design also shows battles, coronations and great events in British history, richly expressed through the more than 14 million stitches.

Hopefully, this has given you an insight into the true architectural and design brilliance that Exeter Cathedral was built with. We’d thoroughly recommend visiting the attraction when you’re staying in South Devon.