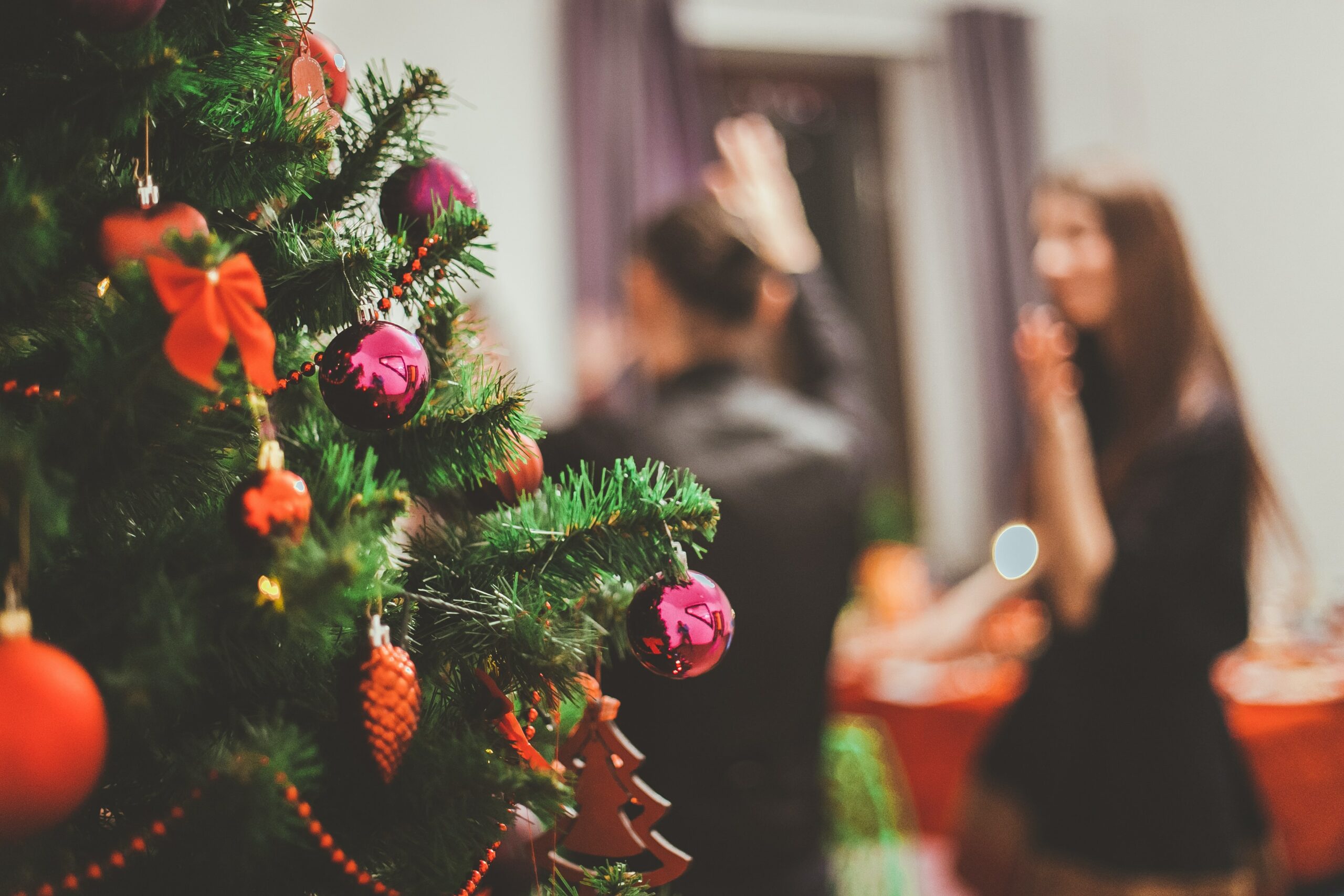 Give Your Christmas Party A Devonshire Twist

You want your Christmas party to go off with a bang, so leave soggy sausage rolls and boxes of cheap wine behind you and embrace the weird and wonderful traditions of Devonshire county!

The Best Venue For Your Devon Office Christmas Party

Devon is an ancient county steeped in tradition and there are plenty of wintery wonders that will bring a touch of sparkle to your Christmas party.

We’ve put together a list of some of the finest local traditions so that you can throw one of the most unique Christmas parties Devon has ever seen!

The faggot refers, in the traditional sense, to a bundle of ash twigs that is burnt on Christmas Eve.

The faggot is bound with nine bands of ash twig and, as each one bursts in the fire, you toast it with a drink, essentially a very early example of a drinking game.

So grab your bundle of festive ash twigs and get drinking!

For a proper Devonshire festive tradition, how about a spot of wassailing?

Orchard wassailing is an ancient west country winter tradition, the purpose of which is to bless the apple trees and scare away evil spirits to encourage a good crop of cider apples the following summer.

The ceremony consists of everyone singing and shouting and drumming and generally making a big old racket, while at the same time drinking plenty of cider and having a jolly old time.

For traditional wassailing, how about an ancient Devonshire wassailing chant? This one dates back hundreds of years:

Do you really need an excuse to gather ’round and drink cider and be raucous? We didn’t think so…

When wassailing, the traditional drink is (unsurprisingly) the wassail.

The wassail is a hot mulled cider spiced with cinnamon, cloves, ginger and nutmeg, and topped with slices of toast.

Alright, we know it sounds odd, but during the wassailing, the sodden slices of toast are tied to the trees to show the trees what became of last year’s crop of apples.

Weird, we know, but it’s tradition, and you get to enjoy a delicious hot cider-y beverage.

What’s not to love about crazy old English traditions?

For the braver drinkers among you, you might want to take things a step further and try a traditional Devonshire festive beverage called ‘egg hot’; a mixture of egg yolks, cider and spices.

A bit like eggnog, but more pungent and much more Devon.

For a slightly more civilised festive foray, sans soggy toast and singing, a nice Christmassy cream tea might be the order of the day.

We all know that Devon is the home of that traditional cream tea, so why not give a festive twist with a cup of something hot and spiced in place of your traditional cuppa and maybe some extra festive spices in the scones.

Top it all off with compulsory ugly Christmas jumpers, and you’re on to a winner!

So, there you go, plenty of ideas for a bit of a bonkers Devonshire Christmas party!

Here at the Langstone Cliff, we’re always open to fun festive ideas for your Christmas party, so give us a call on 01626 868 000 to enquire about your apple serenading, twig burning, eggy cider-drinking get-together today!