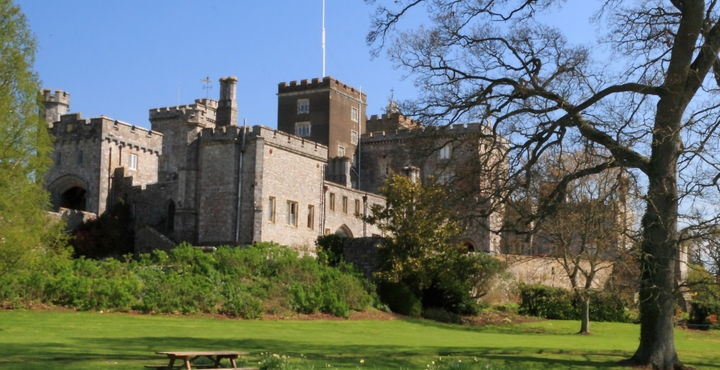 A visitor’s guide to Powderham Castle in South Devon

If you’re visiting or holidaying in South Devon, make sure a visit to Powderham Castle is on your list! This ancestral West Country home offers plenty to do, and more impressive still, it’s stayed in the same family for 600 years!

You will find Powderham Castle 4 miles away from our hotel – that’s a mere 13 minutes away by car. This impressive building boasts vast gardens and welcomes dogs with open arms. Perfect for visitors of any age, you can find out more about what’s going on later in this blog…

Located in what is now a deer park on the west bank of the River Exe estuary, the manor of Powderham is named from the ancient Dutch word polder -“the hamlet of the reclaimed marshland.” There are centuries of stories and secrets contained within its walls. Let’s find out more about this intriguing estate…

The history of Powderham Castle

Powderham is first mentioned in the Doomsday survey of 1086. The earliest parts of the present building are believed to be built sometime after 1390 and are attributed to Sir Phillip Courtenay. While those sections are truly medieval in design, the current castle is revered as a grade I listed building, thanks to its earlier build and subsequent expansion in the 18th and 19th centuries. The castle remains the seat of the Courtenay family, Earls of Devon.

It is interesting to note that the original building on the site was actually a fortified manor house! Powderham became a castle no earlier than the 17th century. While the building isn’t a true castle (there is no keep or moat) it did have a curtain wall and yard on the east side, but this space is now a rose garden. Many other castle-like elements that are visible at the main entrance were added in the 19th century; for example, the gatehouse was built between 1845–47 and designed by Charles Fowler.

During the Wars of the Roses, Powderham was a Bonville stronghold against the Earls of Devon – this resulted in the castle being under siege for two months. On 15th December 1455, the Earl of Devon and Lord Bonville fought at the First Battle of Clyst Heath in Exeter. Bonville was defeated. War would reach the castle again, as during the Civil War Powderham Castle was garrisoned by 300 Royalist soldiers under the command of Sir Hugh Meredith and was badly damaged in the assault. The building stayed open to the elements until its repair in the early 1700s. You will be able to find out more about the history of the castle when you visit; we strongly recommend taking a guided tour!

One other little-known fact the original house which became the Langstone Cliff Hotel and was built in approximately 1750 was originally built as a hunting lodge for the Earl of Devon. There is an original oil painting of the house hanging by the main stairs in the hotel. The painting pre-dates the railway and show the lodge in 1785 before the Victorian Verandah and the first floor were added in approximately 1900. 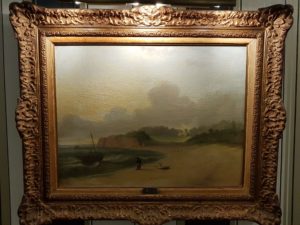 According to the official Powderham website, The Castle and grounds are open to visitors from 25th March to 26th October 2018, Sunday to Friday 10 am to 5 pm. Click the title link above to be taken to their current ticket pricing page.

There’s nothing more informative or exciting than a guided tour!

From secret doors and areas of interest to haunted locations, the gardens and other hidden spots around the castle, you can discover the majestic rooms and hear stories about the property and Courtenay family from an expert guide.

There are two tours to choose from; The State Room Tour includes the gardens, the grange and the grandest rooms of the Castle. If you like architecture, then this is the tour for you.

The second tour, Upstairs/Downstairs, shows you the private side of Powderham; think staircases, unseen bedrooms, spooky stories and more.

If you want to see Powderham as a family home, then you will want to choose this tour.

Other things to do in Powderham

Powderham extends far beyond its castle build – outside there are acres just waiting to be explored.

From nature trails and arts and crafts to seed planting and treasure trails, your family will thoroughly enjoy all that Powderham has to offer.

Visit the Walled Garden play area and pets corner to get up close to the animals or take some time out to enjoy the views. Be sure to check Powderham’s website for seasonal events and special occasions.

What’s even better – once you have bought entry to the castle, you can return within 7 days for free!

Join us at Langstone Cliff Hotel for what we hope will be one of many memorable family breaks in Devon. Our rooms, entertainment and warm welcome speak for themselves, that’s why we’re the first choice for family accommodation in South Devon.

We hope Powderham Castle is firmly on your list of things to do in Devon. To receive the very best rates during your stay, remember to always book direct with us. 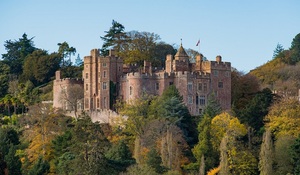 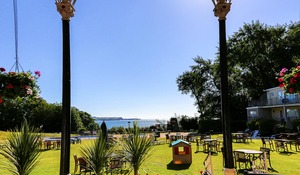 Three Family-Friendly Things to Do in South Devon this Summer

There are plenty of things to do in South Devon this summer. Don’t believe us? Read on to see our top three picks. 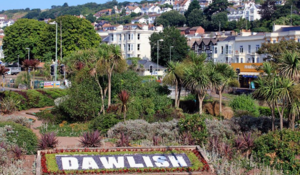 A Weekend in Dawlish

Dawlish is a lovely coastal town perfect for those seeking a traditional seaside holiday. Find out what things you can fit into just one weekend here!