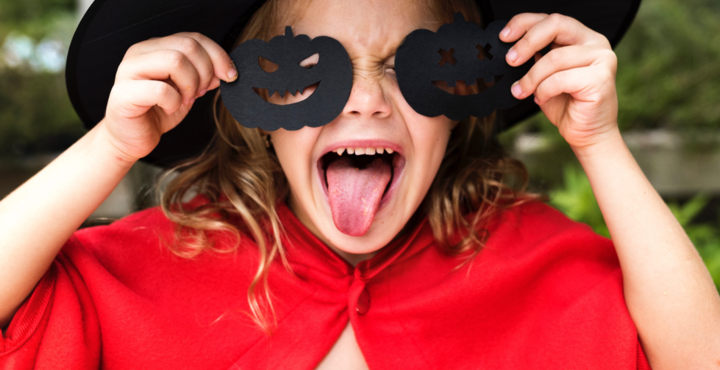 With the evenings beginning to draw out as we approach the spring time, we’re being treated to some spectacular orange sunsets that can cast a ghostly shadow over the horizon.

Although we typically associate Halloween and the month of October with haunting tales and ghost stories, this time of year is also a great time to go out and investigate some of the spooky locations around South Devon, of which there are many.

From churches, to prisons, to cemetaries, there is a long list of places in the area that people have claimed to have had experiences with the supernatural; here are some of our favourite locations and stories that surround them.

A shadow of its former glory after a devastating fire in 1992, the current ruins overlook the town of Buckfastleigh from atop a hill.

The ruins are eerie and reminiscent of the ‘typical’ setting for a horror or thriller movie, with mossy pillars holding the crumbling rock.

The grounds are also home to a family tomb of Squire Richard Cabell who was considered to be a man so evil that exteme measures were taken to ensure his spirit was kept within the tomb.

There is a building on top of it, with a heavy stone and iron bars put in place also.

There are stories told that occasionally a pack of dogs can be seen by his grave and the squire joins them to hunt across the vastness of Dartmoor.

Standing on a hilltop several hundred metres from the centre of the town, Okehampton Castle’s remains can be found.

During the 14th century it was converted into a home having previously been used as a motte and bailey castle.

The story linked to the castle has various different versions but most include a ghost of a lady that rides in a carriage across the moors, led by a dog with black fur and red eyes.

Most stories describe the lady as being Lady Frances Howard and that her carriage is made of bones from her husband which she murdered.

Other stories offer different variations, but either way, the remains of Okehampton Castle are an eerie place to visit.

Okehampton Castle and many others are featured in our guide to the best castles in Devon.

Now owned and managed by the National Trust, the abbey is roughly 700 years old and still stands in fabulous condition.

Originally a Cistercian abbey, it was also home to some notable names from the South Devon area including Sir Richard Grenville the Younger and Sir Francis Drake.

It is believed that Drake is the man who haunts the abbey and although he was hailed as a hero, some local stories circulate that he made a deal with the devil when he conquered the Spanish Armada.

Located in the small town of Plympton, just outside of South Devon’s largest city, Plymouth, Saltram House is a Grade I listed building that was donated to the National Trust in 1957.

The house’s grand design and splendour are truly something to behold and is worth a visit during your visit to South Devon.

There are two main stories that are connected to the house; the first is that is a maid who was said to have been murdered and now walks the house as a hooded figure.

The other tale is that a child can be seen at the foot of a bed before wandering into the night.

This is a Dartmoor tale that began to circulate in the early 1900s.

The story is inspired by two car crashes that happened along a stretch of road between Postbridge and Two Bridges.

Firstly, a medical officer from Dartmoor Prison was killed in a crash, with a similar incident occurring with an army officer crashing his motorcycle.

The army officer lived to tell the tale and described that a pair of disembodied hands had taken over his vehicle and forced him to veer off the road.

Whether you believe the stories or not, it’s hard to deny that South Devon’s beautiful natural landscapes would make a perfect setting for a ghostly encounter at dusk.

If you’ve ever had a brush with the supernatural, we’d love to hear your story! Get in touch on Facebook and Twitter!

Alternatively, if you’re looking for somewhere to stay while visiting South Devon, why not check out our Dawlish Hotel with sea views? 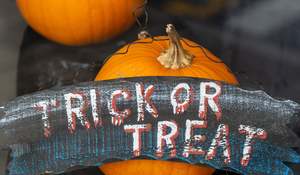 From Hallowe'en events to spooky walks and attractions, you're bounced to have a frighteningly fantastic Hallowe'en at the Langstone Cliff Hotel. 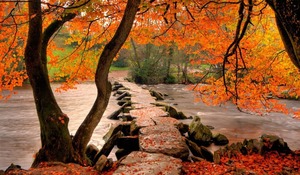 Devon is beautiful in the autumn, with russet-coloured leaves scattered about the countryside, brisk yet refreshing breezes coming across the sea – all without the crowds of summer! 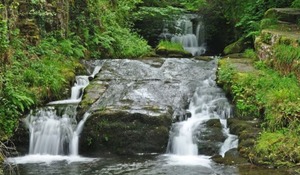 There’s nothing as magical as a walk past a babbling brook and a majestic waterfall, and there's plenty of unforgettable waterfall walks in Devon near the Langstone Cliff Hotel.